As a III/V semiconductor, gallium arsenide (GaAs) is used for high technology applications such as electronics, optics, photovoltaics, lasers as well as defense and aerospace applications. Like silicon, GaAs wet etching proceeds via the formation of an oxide, or oxides, on the surface followed by dissolution of the oxidized products by either acids or bases. Ga is already in the oxide form (Ga2O3); however, As, being an  arsenide (As-3), should be oxidized (e.g., H2O2) first to form the soluble oxide. The following depicts the As and Ga chemical reactions:

Since the surface activity of the As (+3) and Ga (+3) are very different, the etchants are not typically isotropic. The As rich face being significantly more reactive (e.g., two unsatisfied bonds per atom) than the Ga rich face (e.g., no unsatisfied bond per atom) will etch faster under identical conditions. This leads to a more polished As surface while the Ga face tends to appear hazy/frosted due to the more visible surface features and crystallographic defects.

The important considerations for choosing the right etch chemistries are listed below:

Solexir GaAs etch offerings are highlighted in the following table: 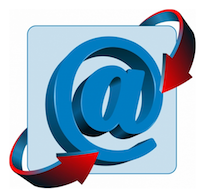